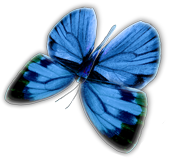 How courses are conducted

The academic year begins April 1 and ends March 31 of the following year. The academic year is divided into a first semester (April 1–September 30) and a second semester (October 1–March 31). Each semester consists of fifteen weeks of instruction.

It should be noted that these schedules may change for subjects taught at specific schools due to circumstances affecting those schools only.

It should be noted that Roman numerals are used to denote terms.

The time classes begin and end are given below. Classes are labeled in the following manner starting with the first class of the day. These times are fixed throughout the entire year. They apply to classes at all schools.

In some cases both courses and open lectures are simply referred to as courses. Courses can be divided into the following types of classes according to the course format.

At Nagoya University a credit system is used to quantitatively indicate the amount of course work a student has completed. To complete a university curriculum program a student must earn a required number of credits in prescribed liberal arts and sciences courses and a required number of credits in courses prescribed by their university school. This is handled in accordance with the standards set by each school.

In the past, Nagoya University used a four-level evaluation system of "superior," "good," "passing," and "fail," but starting with students who entered in the 2011 academic year, the university has used a five-level system of S, A, B, C, and F. (S, A, B, and C are passing grades, while F is a failing grade.) However, courses for which the five-level grading system is deemed unsuitable are graded on a pass/fail basis.

It is hoped that this system will increase all students’ awareness of the courses they are taking and support the student’s own efforts to learn.

It is important to be aware of the following points regarding examinations for liberal arts and sciences courses (excluding open courses).

Handling of classes and examinations with regard to natural disasters

In the event of a typhoon, earthquake, or other natural disaster or when a warning or notification has been issued, all classes and examinations (including regular, supplementary, and re-examinations: referred to below as ‘classes’) are handled as indicated below.

In the event of an earthquake

If an earthquake occurs during a class, stay calm, consider the scale of the earthquake and its effects, and consider your own safety first. If the university's Disaster Control Headquarters or the Institute of Liberal Arts < Sciences subsequently orders all faculty members to quickly halt classroom instruction and to proceed with secondary disaster prevention and evacuation measures, follow the instructions of the faculty member, and go to the designated evacuation area.

In the event a Tokai Earthquake Warning is issued

In the event a Tokai Earthquake Warning is issued

If a Tokai Earthquake Warning is issued while classes are in progress, the University Disaster Control Headquarters will order all faculty member teaching classes to immediately stop classes and evacuate in order to avoid damage and injuries. Follow the instructions of the faculty member and go to the designated evacuation area or return home. If you are on your way to class, return home. If you are still at home, stay home and wait for instructions.

When safety information is announced after a Tokai Earthquake Warning

In the event a different disaster occurs or may occur

When it is expected that holding classes will be difficult for reasons other than those discussed above, the Institute of Liberal Arts < Sciences will decide whether or not to cancel classes. In such cases, notices on cancellations, etc. will be posted on the website and notice boards.

Announcements of rescheduling of classes canceled due to the above situations will be posted on bulletin boards.

In order to circulate information related to the Nagoya University Institute of Liberal Arts & Sciences (hereinafter referred to as “ILAS”), as well as information on events and other matters for freshman and sophomore students, we have obtained an official Twitter account below. We take as our purpose the prompt and accurate delivery of necessary information to those concerned by posting from the account.

The official Twitter account will be used solely for disseminating information from ILAS, therefore, we will not reply on the account in principle. If students, etc. have any questions for ILAS, they should come to the ILAS Administration Office as before in principle.

Beyond matters related to ILAS, any information received from the Risk Control Office shall be posted. If an individual can be identified by the content of a post, such as one which calls upon students, such a post shall not be permitted in the name of safeguarding personal information. The Account Operations Supervisor shall be the Director, to be assisted by the Administrative Office of the Institute of Liberal Arts & Sciences.

When user posts fall under any of the following items, they may be deleted without prior notice and blocking accounts or other action may be taken.

Reproduction or other use of the contents posted on the official Twitter account, except for personal use, quotation, etc. permitted under the Copyright Act, is prohibited, unless ILAS has given permission to do so. When quoting, the source of the content must be explicitly stated using the appropriate methods.

7. Circulation of the Operating Policies and Future Changes, etc.